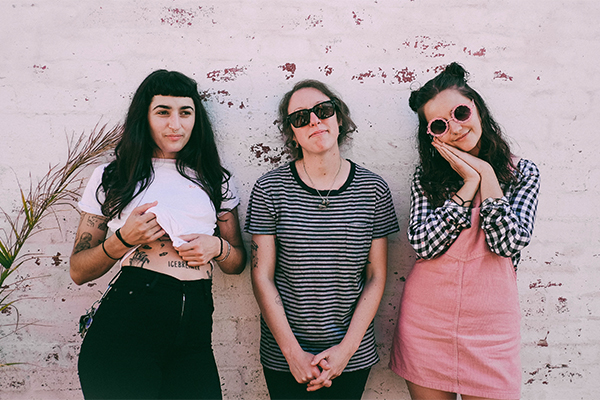 Over the past 18 months, Camp Cope have become a force in modern music, a wholly independent band who will only do things on their terms, and refuse to compromise on their values. The three-piece have already garnered international acclaim. Selling out two shows at the Sydney Opera House last month, taking home wins for multiple Australian music awards including Best Emerging Act at The Age Music Victoria Awards, the Heatseeker Award at the inaugural NLMAs, a nomination for Australian Album of the Year at the J Awards and being shortlisted for the Australian Music Prize.

Their new album How To Socialise & Make Friends anchors on the cycles of life, loss and growth through resilience and those moments of finding and being yourself. First single ‘The Opener’ released earlier this month is a raw portrayal of their experience as women in music. It was labelled “searing” by Pitchfork and “all-too-real” by SPIN, with Stereogum including it in their best tracks of the week. triple j added it to full rotation after their world premiere, with further radio spins far and wide including Triple R, FBi Sydney, and the iconic KEXP Seattle.

Title track ‘How To Socialise & Make Friends’ and ‘Animal and Real’ celebrate the joys of being an independent unit and knowing who you are without any external factors to influence, while ‘Anna’ and ‘Sagan-Indiana’ speak to the non-romantic love you feel towards friends, the women who shape you and work together to find strength in numbers. ‘The Face of God’ is a raw account of sexual assault and the feelings of isolation that follow, and album closer ‘I’ve Got You’ shows vocalist and guitarist Georgia Maq solo, singing of her late father’s battle with cancer and their close friendship that prevails, even in death.