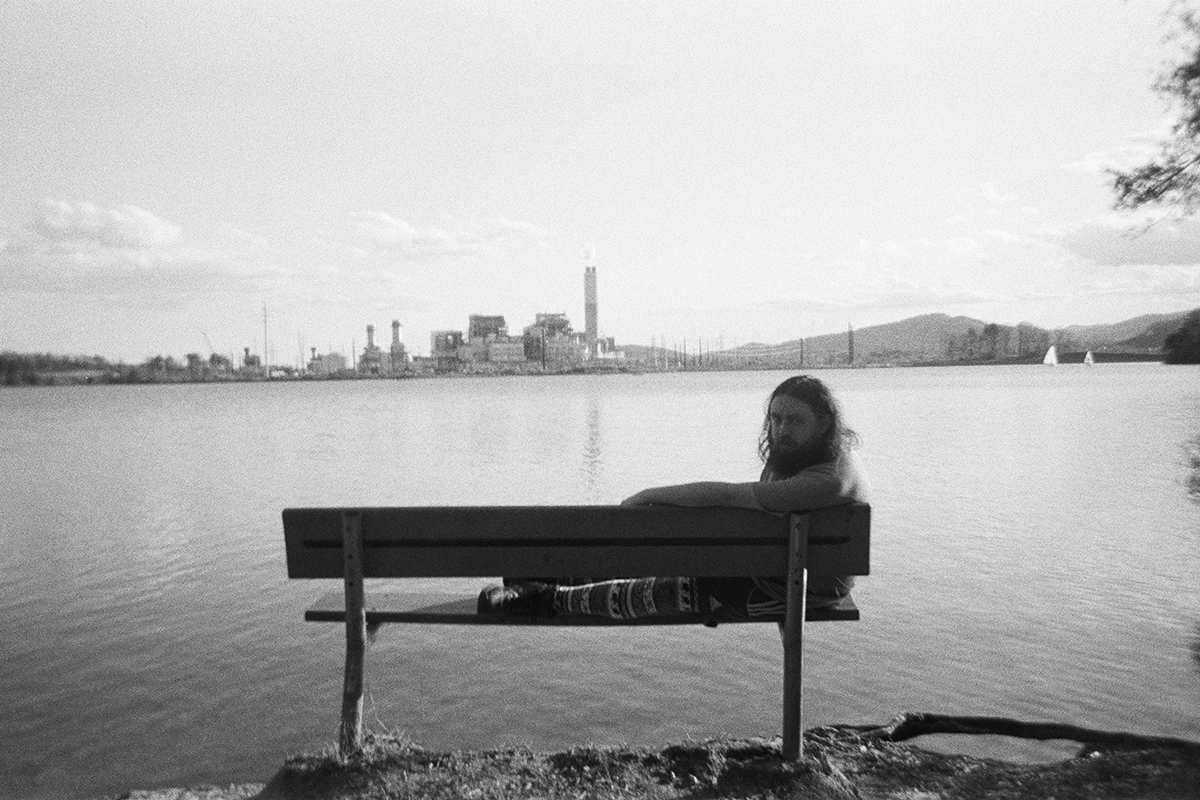 “I went through a lot of cataloguing of the self over these last few years,” says Mat Cothran, the North Carolina artist behind the acclaimed indie project Elvis Depressedly. “It felt like I was saying goodbye to an era of my life, and a big part of that process was going back and listening to the music that I loved growing up. I wanted to pay homage to the songs that got me through.”

In that sense, Cothran’s stellar new album, ‘Depressedelica,’ is something of a love letter to music itself, a synthesis of the broad spectrum of art and influence that shaped his youth and forged his singular sensibilities. ‘Depressedelica’ marks Cothran’s first album of new material under the Elvis Depressedly moniker in four years, and it finds him writing and recording more adventurously than ever before, pushing sonic boundaries and blurring genre lines with gleeful abandon. As wide-ranging as the arrangements here are—autotuned vocals and remixed video game samples sit side by side with hazy guitars and droning synths—the collection as a whole feels remarkably cohesive and sharply focused, the unmistakable vision of a songwriter and producer with a voracious musical appetite and a firm grasp on his identity.

“I might be known for making this kind of low-fi bedroom music,” reflects Cothran, “but I really love electronic and experimental and psychedelic stuff, too. Music has always been the most powerful, beautiful thing in my life, and more than anything, I wanted this album to capture how much it means to me.”

While Cothran has issued critically lauded records under a variety of banners through the years (his discography also includes work as Coma Cinema and Matthew Lee Cothran), he first began recording as Elvis Depressedly in 2011, initially introducing the project as a solo endeavor but later building it up to incorporate a rotating cast of live and studio collaborators over the course of what Rolling Stone described as “a string of excellent low-fi releases.” In 2015, he signed to Run For Cover and released his breakout label debut, ‘New Alhambra,’ to rave reviews on both sides of the pond. Pitchfork hailed the music as “a utopian sort of indie-pop,” while The Guardian likened its “murmured, murky melancholia” to “a lugubrious Ariel Pink with a crate full of country and psych records,” and NPR praised it as “the sound of an artist in search of happiness and deeper meaning.”

Success couldn’t have come at a better time for Cothran—he was dead broke and barely scraping by when he got signed—but in the years that followed his breakthrough, he found himself grappling with a series of tumultuous changes. He turned thirty, wrestled with depression and anxiety, ended his Coma Cinema project, and watched helplessly as his grandfather passed away, all in a short window.

“When I lost my grandfather, it felt like I lost my childhood, too,” says Cothran. “I know that sounds like a strange thing to say at thirty, but once he was gone, I realized that I was on my own, that I was the oldest person I knew that I could rely on.”

It was that revelation that prompted Cothran to begin looking back on his youth in detail, revisiting the music he grew up on and even physically traveling to meaningful locations in search of some sense of closure.

“After my grandfather died, I went back to this science museum I used to visit as a kid,” says Cothran. “I probably hadn’t been there in twenty years, but it was my way of saying goodbye to that part of my life. I remember walking around the exhibits with tears in my eyes.”

Though Cothran recognized he was embarking on a new chapter, some things remained as they always had. When it came time to cut ‘Depressedelica,’ he returned to the same old-school Korg multi-track recording machine he’d been using since he was fifteen, and he reverted back to his more solitary ways, recording nearly every element of the music himself. This time around, though, Cothran felt a creative liberty that he hadn’t experienced before, a lifting of pressure and expectation that enabled him to break new ground in both his writing and production.

“I wanted to experiment and try new things and do weird shit and fail,” he laughs. “Everybody’s so scared to fail these days because everybody’s trying to keep up with everybody else on social media, but I just reached this point where I realized that none of it mattered. I’m not trying to pretend I’m too cool to care—I genuinely hope people love the music I’m making—but ultimately all that I wanted to do was make something that I loved, and there was real freedom in that.”

That freedom is apparent from outset on ‘Depressedelica,’ which begins with the relentless “Who Can Be Loved In This World?” Driving and infectious, the song mixes stark simplicity with unconventional flourishes, offering up an ideal introduction to a record that relishes subverting expectation as it tips its cap to artists as varied as Elliot Smith, Prefab Sprout, Cocteau Twins, and Pink Floyd, all of whom helped spark Cothran’s love affair with music as a youngster. The dreamy “Peace On Earth,” for instance, toys with ethereal voice manipulation, while “Jane, Don’t You Know Me?” embraces auto-tune and an 808’s and Heartbreak-esque approach to sonic experimentation and darker subject matter in a pop context. The hypnotic “Can You Hear My Guitar Rotting?” plays like an off-kilter take on Britpop, and the otherworldly “Primal Sigh” is constructed almost entirely of samples from a Nintendo 64.

“Every musical element of that song except from a drum or two come from a video game,” Cothran explains. “I twisted all of the sounds up on the Korg, which has become like another band member of the last fifteen years. I feel like I pushed it farther than I ever have this time around.”

That much is abundantly clear on tracks like the shimmering “Jane, Don’t You Know Me?” and R&B-influenced “Control,” which reckons with trauma and forgiveness. It’s perhaps the wall-of-sound distortion of “Let’s Break Up The Band,” though, that best captures the resilient spirit of ‘Depressedelica.’

“That’s a song about loving music but remembering you’re able to walk away from the aspects of it that bring you down,” says Cothran. “Its about recognizing that whether I’m in a band or not, I’m still going to have music in my life, because music is my life.”