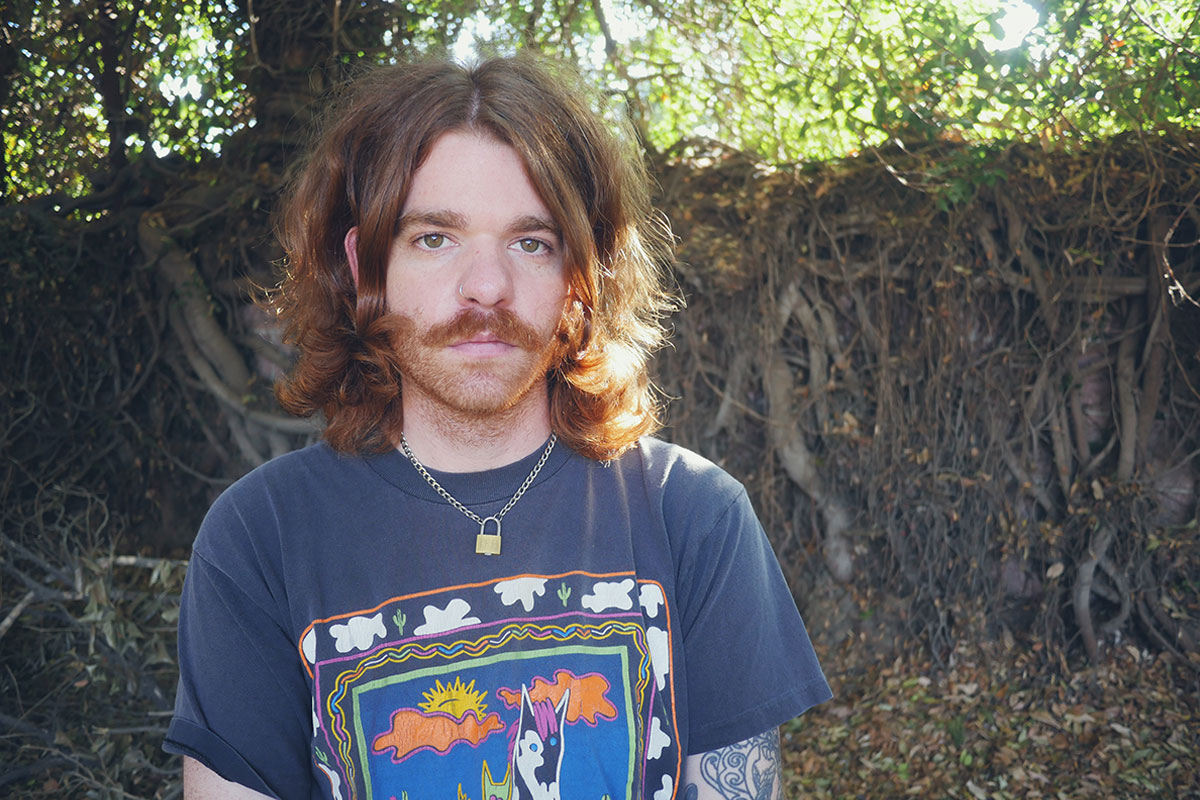 Few songwriters are able to pinpoint difficult emotions and address them with such devastating clarity and disarming humor quite like Field Medic. The long-running musical project of Los Angeles-based musician Kevin Patrick Sullivan, he makes music that’s so startlingly honest that it can cut the tension in any room. He’s excelled at self-reflection and making deceptively simple folk songs about loneliness, sobriety, and growing up. But for his latest LP, grow your hair long if you're wanting to see something you can change, which is out October 14 via Run For Cover, Sullivan decided to completely reinvent his approach to recording. The result is his most ambitious, fully-formed, and emotionally resonant collection of tracks yet.

Most of Sullivan’s catalog as Field Medic has come from bedroom recorded moments of pure inspiration typically with just an acoustic guitar and a simple drum loop from a boombox. For his 2020 LP Floral Prince and other albums, he had employed what he lovingly calls his “full-time freestyle” method of songwriting: where he records as he writes and focuses more on stream-of-consciousness candidness over studio perfection. With these new songs that would eventually become grow your hair long, Sullivan needed a change. “I didn’t want to write the same song again,” says Sullivan. “I have songs about being on tour, I have songs about drinking too much, and falling in love. I needed a different approach to feel inspired to create.”

Where the recording process had always been a solitary affair for Sullivan, he decided to finally relinquish control and enlist producer and multi-instrumentalist Gabe Goodman to help him add a new feel to these songs. He decamped to Goodman’s Los Angeles studio and began tracking songs, allowing Goodman and a team of collaborators like steel guitarist Nick Levine of Jodi and drummer Nate Lich to flesh out the arrangements. “I've toyed with doing studio stuff for a while but it wasn't until I met Gabe and I felt comfortable with him that I decided to dive in,” says Sullivan. “I needed help to get out of a creative rut. It was through that process of working with Gabe that I was able to get excited about recording and writing again.”

The first track Sullivan brought to record was the LP opener “always emptiness” and the finished product is by far his most immaculately arranged and ambitious song yet. Hearing the track in a new context with a full band felt like a lightbulb moment for Sullivan. “Before the studio, I had been dealing with a lot of existential anxiety and a lack of inspiration,” says Sullivan. “But hearing these songs in this way was so exciting for me and it energized me to keep mining and writing. With these unexpected and fleshed-out arrangements, I was inspired to keep going.” Though he’d only brought a handful of already-written songs to the studio, Sullivan would find himself coming home from these sessions waking up in the middle of the night with a melody and a new line. It’s these sudden bursts of creativity that lead to four self-recorded and produced tracks that got him through the making of grow your hair long.

Lead single “i had a dream that you died” came about from one of these late-night moments of clarity. “I rolled over in bed and did a voice memo with that melody and then wrote the whole track out because I woke up from a dream that one of my friends died,” says Sullivan. “Very literal.” Despite being written over a couple of minutes, the track showcases his keen knack for a cohesive narrative. He sings, “I had a dream that you died / somehow made it about me.” This vision serves as a vessel for deeper self-reflection, recalling visions of being happy during his childhood contrasted with his darkest moments in depression in which he keeps “fighting each day / against this maelstrom / i feel like a chia pet / the way my hair looks dumb / and my heart is made of stone” This dichotomy between joy and despair is where Sullivan thrives both as an artist and a lyrical soothsayer, able to dive into these brutally dark moments with a smirk and a joke.

But while Sullivan had peppered humor into his previous albums, grow your hair long is his most heartfelt and brooding offering yet. Though “i think about you all the time” on first listen sounds like a traditional love song, according to Sullivan the song deals with his relationship to alcohol. Elsewhere, tracks like the string-laden closer “i had my fun-back to the start,” he gets almost self-lacerating in his introspection. He sings, “I lost my passion and my looks / my stomach's turning like a brook.” On single “Stained Glass,” he makes this anxiety tangible: “it’s a bad trip / crisis on top of crisis / it’s like stained glass / when the light hits.” But for Sullivan, this darkness isn’t for wallowing, it’s for clarity. It’s naming these persistent feelings, addressing them, and finding catharsis or healing.

grow your hair long is a triumphant picture of an artist diving deep into himself and coming out stronger than ever, both as a songwriter and as a person. It’s an example of Sullivan putting himself out there and laying bare the most devastating thoughts and emotions. Within these delicate and lovingly made songs, there’s an underlying and tangible hope someone finds their own struggles. “Music is definitely a vessel for some form of healing,” says Sullivan. “Sometimes the best way to get out of your own head is to just get to work. Making this album helped me find my happiness again.”