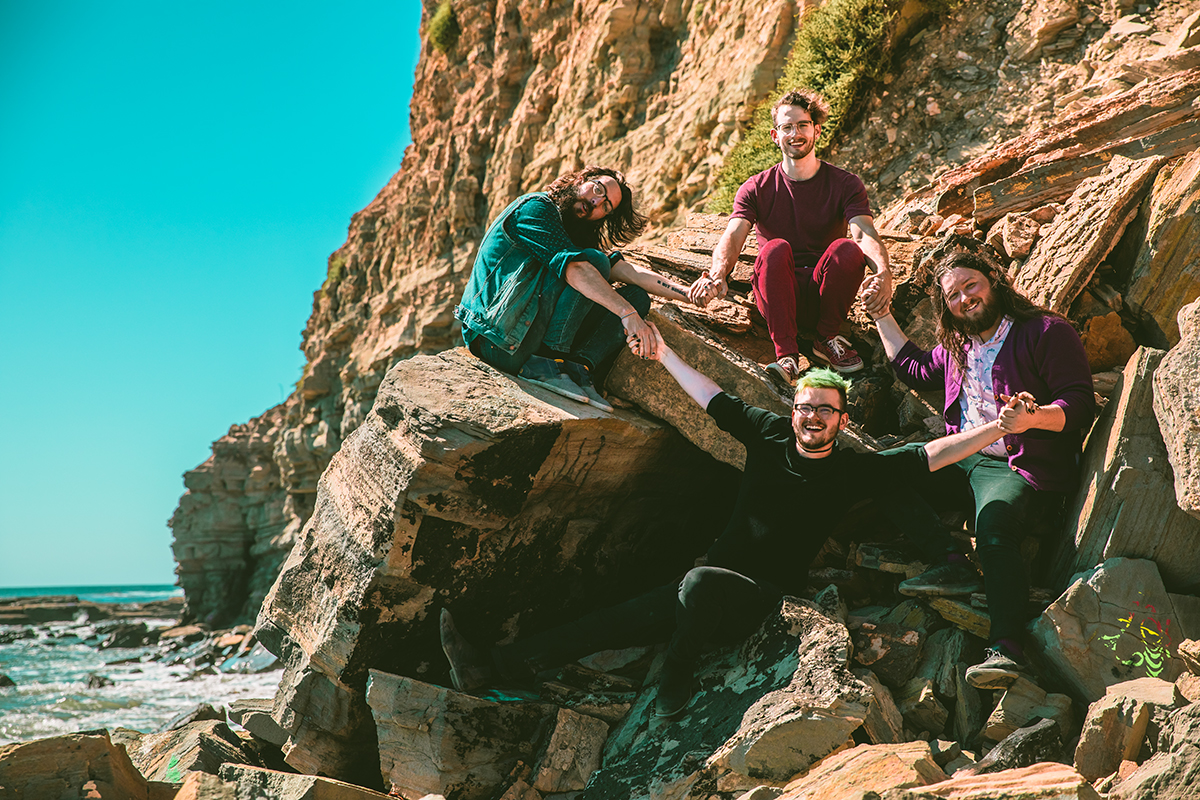 glass beach’s debut album the first glass beach album is the first album from glass beach. That’s a good place to start, but the album’s plain & descriptive title does little to explain what goes on in the hour-long adventure contained therein.

Genreless and just as disjointed as it is cohesive, the first glass beach album was initially self-released by the band in the spring of 2019, but it’s roots actually date back to as early as 2015 when songwriter and band leader “Classic” J McClendon (they/them) started demoing tracks for the album when they first moved to Los Angeles from their hometown of Burleson, Texas.

Bassist Jonas Newhouse (they/them) and drummer William White (they/them) heard J’s solo project, casio dad on their college radio station at the University of Minnesota Morris in 2016 and liked it so much they decided to move into an apartment with J (who had spent the last year living on a friend’s couch) in Los Angeles, start a band together, and spend the next three years refining J’s demos into an album. Shortly after the album was finished, Layne Smith (he/him) joined on lead guitar, playing parts originally performed on the album by J to help flesh out the band’s live sound, and quickly becoming a key piece to the band's cohesion. Solidarity while persevering through hard times is a recurring theme on the first glass beach album, as is finding love and comfort in a world you feel alienated from. It's emotional catharsis in an album, simply put, so it’s no surprise that while this groundbreaking record was coming to life, the members of glass beach were each reconsidering and rediscovering their own –– Coming out for the first time or in a newly realized way during the time this album was produced and released.

The making of the first glass beach album was very slow and methodical, a seemingly never-ending process of recording and re-recording, and experimenting with as many possible versions of each idea they could come up with. The songs that wound up on the record have truly been through the ringer, and the result is ambitious, theatrical and chaotically memorable. Abandoning genre limitations makes glass beach’s talent for songwriting all the more apparent –– mathy guitar leads, catchy drum grooves, melodic basslines, and the constant interplay of horns, synths, and even the intermittent theremin set the perfect scene for j’s stunning vocal performance, which can shift from a charming falsetto to unhinged screaming to robotic autotune to the lead of a sing-a-long in an instant.

Run For Cover will release the first glass beach album on vinyl for the first time in early 2020. The 2xLP set features all fifteen songs pressed on colored vinyl with expanded artwork.