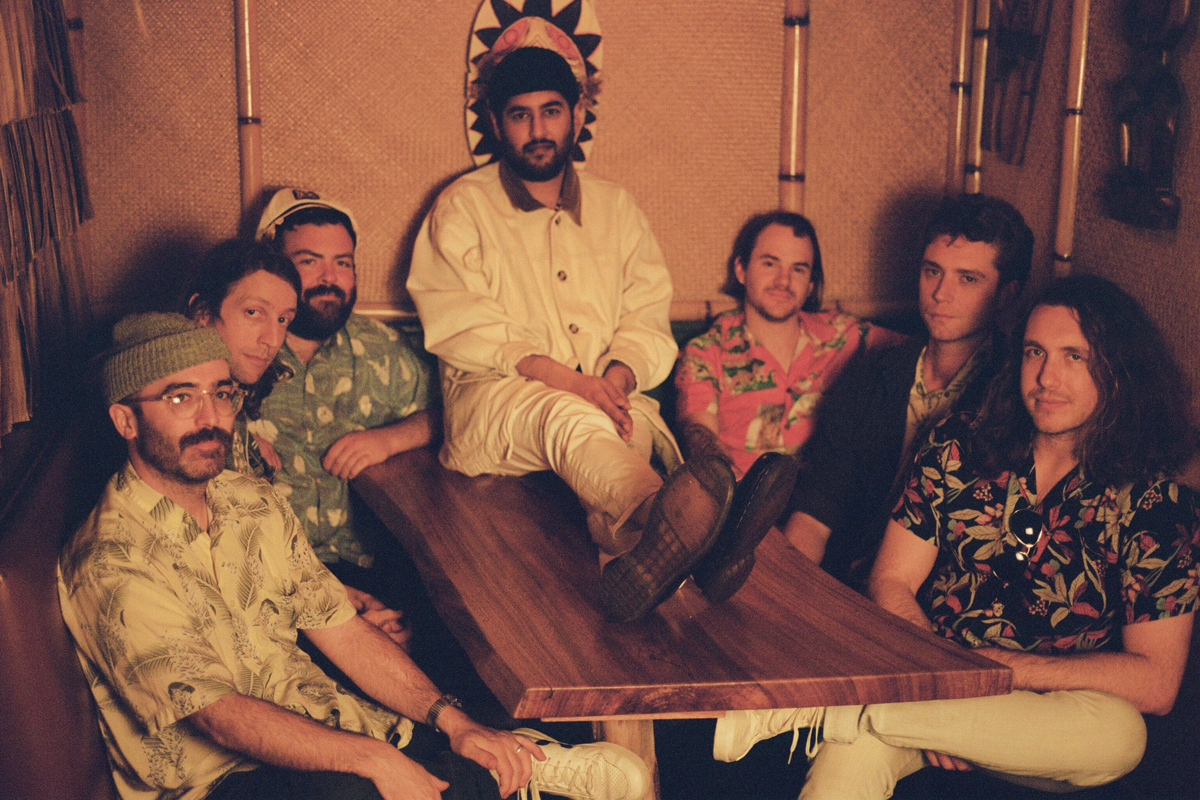 Healing Potpourri want to create songs that make you feel good. “I want the music to have this feeling of comfort and healing,” says Simi Sohota, leader of the San Francisco-based band. “I wanted to bring those elements of new age and ambient music to pop songwriting.” It’s not often that we take a moment to appreciate music that specifically exists to comfort and rejuvenate – music that aims to sound as pleasant as its intentions - but that’s exactly what Sohota achieves with Healing Potpourri’s new full-length, Blanket of Calm. The album is a collection of 11 effervescent songs to soundtrack better days—and hopefully inspire more of them.

Healing Potpourri’s music is defined by its affability, so it might come as a surprise that Sohota’s earlier musical endeavors ranged from rowdy punk to psych to black metal. Much of this eclecticism is owed to his time spent at UC Davis college radio station KDVS. His tenure there exposed him to new age music, lounge, ‘70s soft rock, and ambient artists. That constellation of genres would eventually form the colorful palette that make Healing Potpourri’s music so vibrant. “I’ve always been attracted to beautiful music more than anything else, and I wanted an outlet to try and write music like that,” Sohota explains. “I love ambient loops, collages, very calming music, but I also love pop music and I wanted to blend those things together and apply that meditative, introspective element to pop songs.” Sohota began to experiment with that idea on Healing Potpourri’s early releases, 2014’s The Way Water Bends Light and 2016’s My Eyes Never Really Adjusted To The Light. Those albums are charming, home-recorded explorations that show the undeniable potential of Sohota’s soothing songwriting, but it wasn’t until moving to San Francisco and immersing himself in the city’s music scene that he began to truly manifest his vision.

As Sohota continued to hone Healing Potpourri’s music he recruited a lineup of musicians that would blossom into the seven-piece group found on Blanket of Calm. Backed by Geoff Morris (saxophone, flute), Ian McBrayer (drums), Luke Sweeney (lead guitar), Jon Chaney (electric piano, synthesizer), Jack Brown (bass), and Jon Wujcik (percussion, congas), the ensemble allowed Sohota’s (vocals, guitar) ambitious songs to come to life for the first time. Recorded by Jason Kick (Mild High Club, Young Prisms) and Sami Perez (Sonny & The Sunsets, Cherry Glazer), and co-produced by Kick and Brown, the resulting album is a maximalist take on warm chamber pop that immediately welcomes the listener into a buoyant, breezy world. “I really wanted to push myself and learn how to write more complex songs and arrangements,” Sohota explains. “I feel like the best music can have different levels, you can just roll down the windows and have a good time or you can put on your headphones and really listen to it.”

Sohota’s focus on making Blanket of Calm as aurally pleasing as possible is more than an exercise in musical prowess (although the album is certainly impressive in that right): it’s a deliberate expression of his desire to concentrate on the restorative power of music. “There’s a lot that’s wrong in the world but I think calming music has always had a comfort to it. It’s my refuge,” he says. “I don’t want to escape those negative things but this kind of music is how I cope.” Blanket of Calm offers sanctuary sonically and lyrically, often capturing small but meaningful moments, and painting vivid pictures that remind us to appreciate everyday beauty. Songs like the title track and “Laney” highlight this observational writing alongside some of Sohota’s most infectious hooks and serene vocals. On opener “Dream Vacay,” Sohota’s stable of dexterous players introduce themselves with what he playfully describes as the “Healing Potpourri Theme,” while elsewhere “La Vida Tranquila” combines his admiration of Burt Bacharach and ‘70s Italian film soundtracks to create Healing Potpourri’s version of a James Bond tune.

While not every moment of Blanket of Calm is perfectly sunny, they are all very human. Songs like “Think About Us” and “Dustin’s Rain Tape” touch on interpersonal relationships and longing; the latter an ode to a childhood friend, while the former explores the sometimes fleeting nature of connecting with another person. The album’s closing song, “Glittery Sidewalks,” pulls many of these lyrical themes together along with returning musical cues. “It’s a very sweet and happy song and playing it with the band really gave it a new life,” Sohota says. “It’s about how something can become wallpaper and we don’t realize how special it is. There’s beauty all around us.” It’s a fitting way to end Blanket of Calm, an album that reminds us that sometimes a musical salve is exactly what we needed.