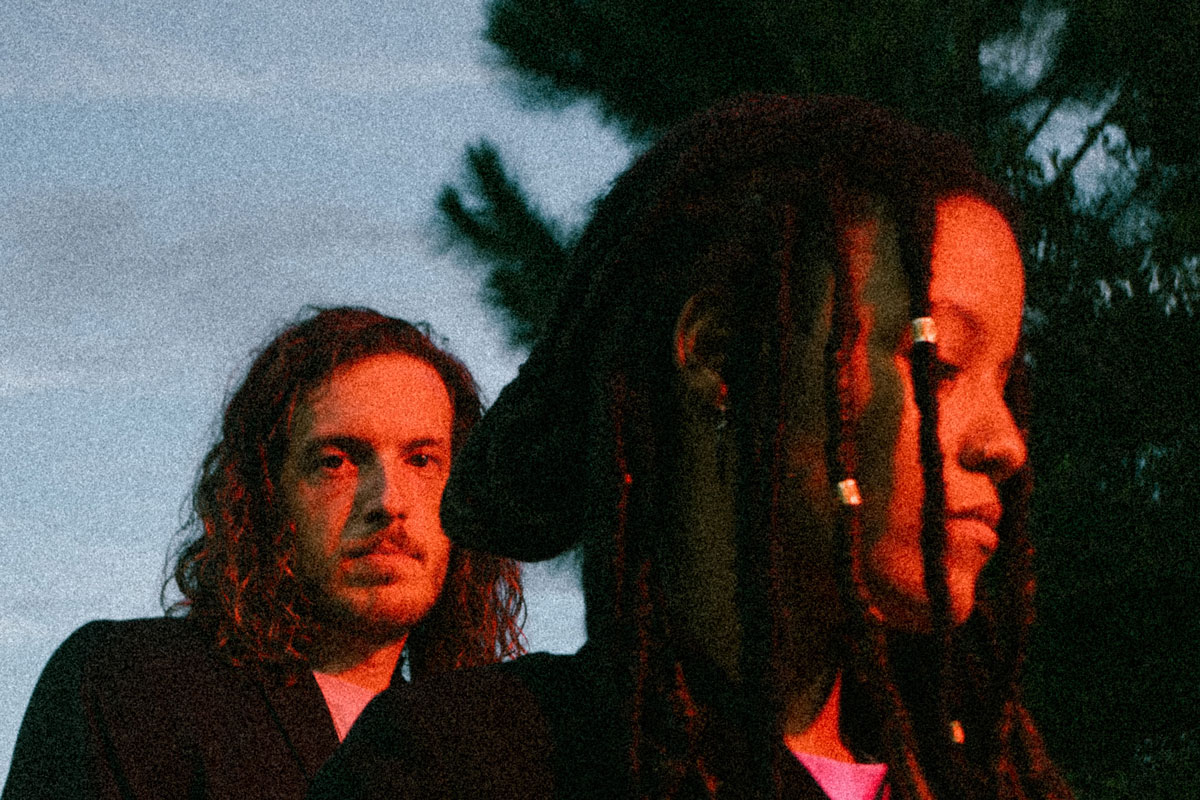 Rania Woodard is a queer, black woman living in the south. North Florida isn’t known for its progressiveness, but that’s where she and Brian Squillace formed LANNDS, a dreamy, psychedelic take on electro-pop that pushes back at the environment it’s created in.

Rania grew up in Memphis, Tennessee, playing guitar in a Pentecostal church; playing street gigs with local blues guitarists in the summers and writing pop-country songs on the side. She later moved to Jacksonville, Florida, where she met North Carolina-born producer Brian Squillace. Inspired by her pop sensibility and emotional approach to songwriting, his trippy sonic palette, and their shared commitment to creating progressive art in the deep south, they created their third EP, “lotus”.

For LANNDS, “lotus” represented a turning point. After the release of their first EP, they found initial success with an inclusion on Spotify’s “Fresh Finds” and they caught the attention of tastemaker blogs like Neon Gold and Line of Best Fit. Following their second EP in 2018, they toured supporting TENDER and played an official SXSW showcase. Afterwards, they spent a year working on a third release. They later scrapped the project after taking LSD together, concluding that they’d been weighed down by self-doubt. With “lotus” they eschewed all outside influence, pushing to make sounds that moved them and felt authentic.

They’ve since resumed that mission of authenticity, releasing “In The Garden,” the newest of their singles to debut since signing with Run for Cover. “In the Garden,” much like lotus is a pulsing, urgent work that captures raw emotion and embodies the DIY ethos of LANNDS—all writing, recording, artwork, and video content is done by Rania and Brian.

The track is intoxicating and wondrous, greeting you with the sounds of chittering birds, as if you’ve stepped into an idyllic paradise. There’s a hypnotizing energy from the careful rise and fall of Rania’s vocals, her song dreamily maneuvering the luxuriant instrumentals. She offers instructions, a reminder to reach and claim a current season that’s waiting for conquest.

As Rania explained of “In the Garden”, the track is centered around the idea of seizing each moment, especially when so much of our time is limited. “It’s a take on how I spent a year inside to recenter my awareness and how that made me realize there won’t ever be a right time to do what you want and to just go for it. The song is a metaphor for the death and rebirth of our constant daily lives and how we’re just getting by through the ebbs and flows of life. “

Reaffirming Rania’s commitment to pushing boundaries and normalizing people of color in indie music, the  material exists on its own plane, merging vocals that make you want to cry with a beat that makes you want to dance.