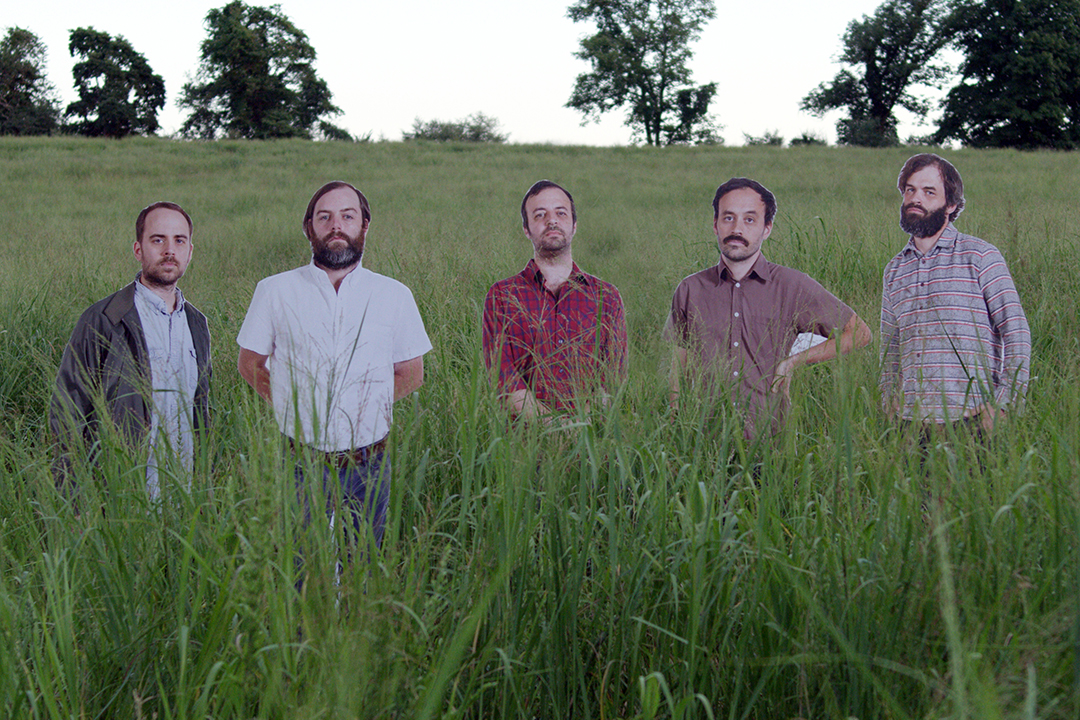 Since their formation in 2001, mewithoutYou have become a standard-bearer for their genre (whatever genre that may be). Across six full-length albums and a handful of EPs, the Philadelphia band—alternately labeled experimental punk, post-hardcore, indie rock, etc.—have long put a premium on progression, never anchoring themselves to a single sound and instead gracefully wandering across stylistic lines. It’s that same spirit that informed the band’s upcoming seventh album [Untitled], their second for Run For Cover Records, as well as its accompanying EP [untitled].

“It’s a perennial question within the band of how far to push out into the unknown,” says vocalist Aaron Weiss. “Of course it's nice to do something new, but to what extent, and to what end?” For [Untitled] novelty came naturally. Weiss had become a husband and father and relocated to Idaho, where a makeshift home studio rig and MIDI keyboard facilitated lo-fi, synthetic experimentation. Meanwhile in Philadelphia, guitarists Mike Weiss (Aaron’s brother) and Brandon Beaver stockpiled ideas ahead of the recording session with producer Will Yip. And the addition of Dominic Angelella—who took up bass duties while Greg Jehanian was on sabbatical (he’s since returned to the band)—gave drummer Rickie Mazzotta the chance to spread out and explore a new sonic palette. The result is two works of tragicomic beauty, the likes of which only mewithoutYou could create.

What begat this wealth of material was not just the band’s distance, which allowed its members to write freely, but personal and social matters that forced Weiss to explore himself in a more granular way. “I thought I was going to write a record about the 'rising political tide,' but that didn’t happen,” he says. Relational turmoil, including certain tensions within the band, were a more immediate catalyst for creativity, as outside forces pushed Weiss to look inward and focus on the things he could change about himself. “Whenever I pointed a finger 'out there,' I tried to pull it back and ask, ‘What does this say about me that I'm having this reaction?’” There was no shortage of material in this self-examination, as Weiss hints at a prolonged, intensely bizarre psychological journey that accompanied the songwriting. When pressed for more detail, he's uncharacteristically guarded. "I'm usually pretty transparent about what inspired a given project, but that's not gonna work this time."

The lyrics on [Untitled] are still deeply poetic, and the themes are familiar—e.g., mysticism, metamorphosis, mental illness—but, moreso than recent mewithoutYou albums, are built on Weiss’ lived experiences. He describes his attempts to "go into greater depths of whatever I am and face what's there—however petty, incoherent or humiliating—and emerge with some reason for hope, a reason for joy regardless. To have that be the takeaway, to stare down my deepest misery and sickness and then find a positive resolution, that’s at least part of what I'm going for.” It’s noticeable in tracks like “Julia,” “Flee, Thou Matadors!," and "Michael, Row Your Boat Ashore," as mewithoutYou transmute their most primal urges and "non-drug-induced hallucinations" into expansive, all-consuming compositions that feel outright celebratory by the end.

While Weiss may appear to be at the center of the journey on [Untitled] and [untitled], his bandmates trace similar paths forward. Beaver and Mike Weiss craft rich, intricate guitar melodies and psychedelic panoramas that quake deep inside the listener's chest, while songs like “Wendy & Betsy," "Cities of the Plain," and “Winter Solstice” find the band at its most chaotic, meditative, and pop-oriented, respectively. This expansiveness can likewise be felt in the rhythm section, as Angelella and Mazzotta guide the albums through a dizzying array of landscapes, anchoring the explosive moments and giving the ambient sections a propulsive heft.

With [Untitled] and [untitled], mewithoutYou have created a body of work that is heartbreaking, surreal, and downright revelatory, but still mighty fun. Its scope can be detected in the music as well as Weiss’ words, as he solemnly plumbs the depths of his soul without losing a certain lighthearted optimism. “I guess I need to hit rock bottom and experience some kind of quasi-trauma. It tends to sharpen my senses and strip away what's superfluous and leave me with a more bare bones, crystalline understanding of where I’m at,” he explains. "It also helps my otherwise impoverished sense of humor. After all, it's a pretty silly thing we're doing."

Their finest work to date, [Untitled] and [untitled] secure the band's position as a pacesetter in the world of thoughtful, aggressive music.