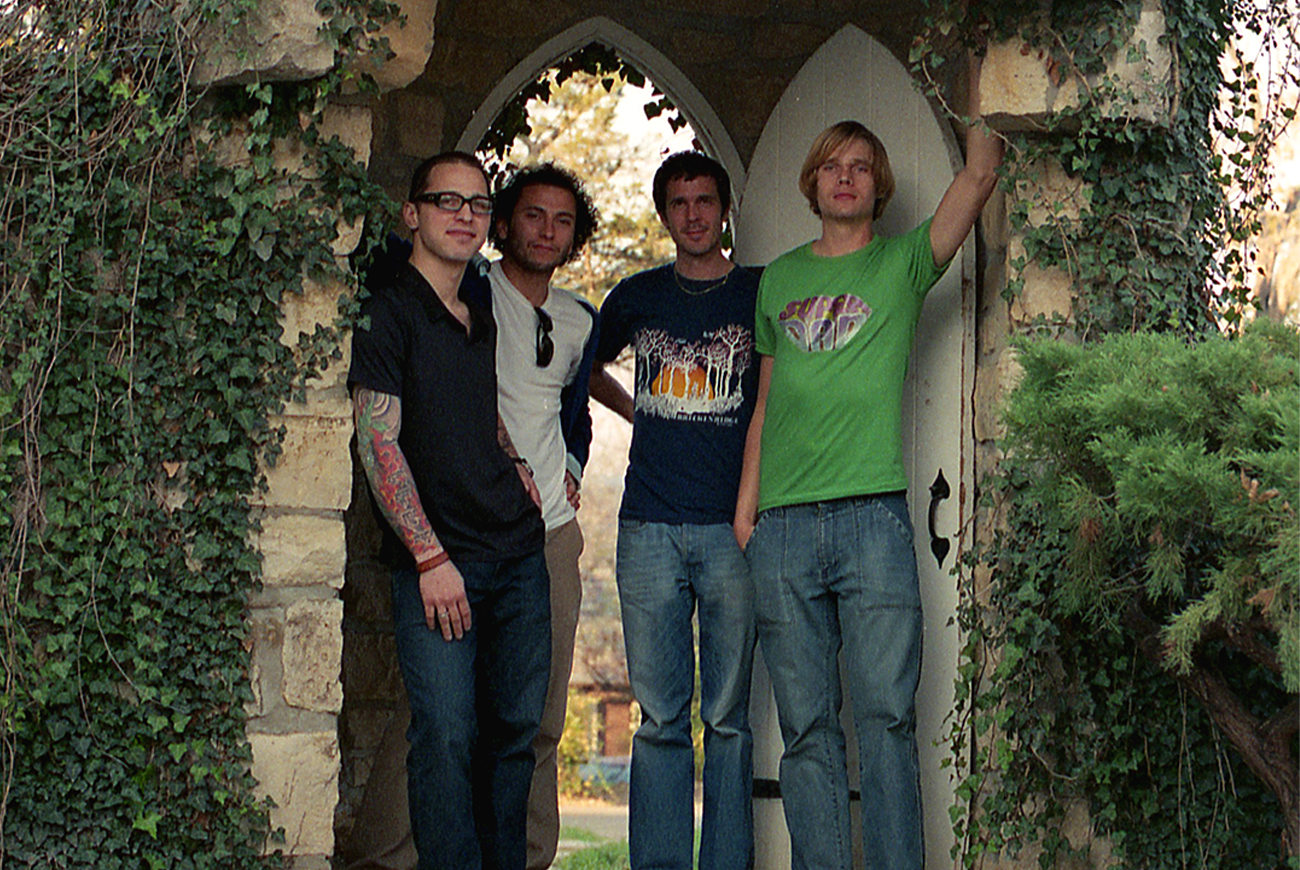 The world was a very different place when Rival Schools released their debut album United By Fate back in August of 2001. While 9/11 would completely upend our cultural landscape, the music industry was also undergoing a transformation with file-sharing and piracy completely changing the way that people consume music. With so much happening in the world, it was easy to get lost—and in some ways that’s what happened with Rival School’s debut album, United By Fate. Composed of New York Hardcore legends: Guitarist/vocalist Walter Schreifels (Gorilla Biscuits, Youth of Today, Quicksand), drummer Sammy Siegler (Youth of Today, Judge, CIV), bassist Cache Tolman (Iceburn) and Ian Love (BURN), the post-hardcore masterpiece seemed primed for success. It was produced by Grammy Award-winning producer Luke Ebbin for Island Records, had multiple radio-worthy singles and was released during an unprecedented time in the industry when bands from Rival Schools’ scene could suddenly sell hundreds of thousands of albums. While United By Fate may not have received the accolades it deserved upon its initial release, over the past two decades the album has steadily gathered momentum. This 20th anniversary reissue on Run For Cover showcases this collection of songs as equally essential as the band members’ other genre-defining projects.

United By Fate Deluxe Edition provides something for both longtime fans and those looking to discover the album for the first time. In addition to the original 13 song tracklist, the release includes every official United By Fate B-side, Rival Schools’ contribution from their out-of-print 2001 split with Onelinedrawing, as well as a previously unreleased acoustic version of “Holding Sand” performed by Schriefels in Berlin, Germany. Whether you saw Rival Schools when they first came out, got into them a decade later through 2011’s Pedals, or you’re completely new to the band, the 23 total songs sound just as vibrant and essential today as they did over 20 years ago when they first came out.

The process behind making United By Fate wasn’t easy: Following the initial break-up of Quicksand in 1995, Schreifels landed a solo deal with Island Records and spent years painstakingly writing demos and putting together a band that he felt could fully express his creative vision. “There was a compilation aspect to [United By Fate] because some of these were demos I had done over the years,“ Schreifels recalls. “At some point the label felt that ‘Used For Glue’ was a single and they could make an album for us. I hadn’t been performing live very much in the years leading up to United By Fate and now all of the sudden we were a band trying to make a record in the major-label system.” Although countless punk bands were making the transition from DIY culture to major-label success during this era, Rival Schools were in a unique position because despite being peers with acts like Thursday and Thrice, those acts were directly influenced by Schreifels and Siegler’s previous bands who were still celebrated in the underground. “I think we were kind of on our own in a lot of ways,” Schreifels explains.” We weren’t hardcore, we weren’t emo, we were something else. I think people related to it when they got into it, but it wasn’t like people had seen us come up at the [legendary Long Island venue] PWAC, you know?”

“Looking back, we were hyper focused and we rehearsed a lot and developed our sound and we played shows,” adds Siegler. “We were really scrappy; we had a place in the city on Ludlow Street that we would go and rehearse at and it was a shithole and we would just play.” However, unlike the band members’ prior recordings for indie labels like Revelation Records, recording for Island Records came with a budget, booking agent and big name producers, which shifted the trajectory of Rival Schools. “I’d played in the UK with hardcore bands before but never had the same success there that Rival Schools did in the sense that “Used For Glue” and “Good Things” were on the radio charts over there,” Siegler continues. “It was fun because my whole goal in music is to just move forward and not repeat myself too much. That whole era felt familiar because it was my old friends from back in the day, but it was also new in the sense that the four of us were experiencing things that we had never experienced before.”

That sense of camaraderie is still evident on United By Fate over twenty years later, from the melodic groove of the opener “Travel By Telephone” to the alternative rock bent of “Undercovers On” and spaced-out sublimity of the instrumental closer “Hooligans For Life.” Sonically the massive sound of United By Fate is aligned with a major-label production (Ebbin, the producer, is best known for his work with Bon Jovi) but creatively the album is incredibly ambitious—and while songs like “Used For Glue” are instantly infectious, they also still sound fresh and relevant today. “We didn’t really have any fans except for people who knew about our past work and I think that even though Luke’s style of production was really antithetical to me at a lot of points, I’m still super proud of the recording,” says Schriefels. “If it was produced in more of an indie way, I don’t know whether it would have had the success that it had.” It’s not just the music: The album’s iconic cover art and logo, which is still ubiquitous as a T-shirt at shows, proves that despite the different approach the band took on United By Fate, there is something special about the album that listeners continue to connect with over the years, regardless of their musical scene or preferences. It’s one of those albums that has an enduring presence through the way it’s influenced bands in the decades since, especially in the way its encouraged new generations of artists coming from aggressive music to feel comfortable with experimenting outside of the sometimes formulaic restrictions of the hardcore and post-hardcore whose scenes Rival Schools’ members helped create.

“We went on tour in the U.S. and we brought out bands like Taking Back Sunday or Dashboard Confessional, and Rival Schools really connected with people who might have been a little too young to see Quicksand,” Schreifels recalls. Despite the fact that the band had these new fans as well as their built-in hadcore fanbase and other listeners unconnected to both scenes, ultimately their label never put enough money into Rival Schools. Because of that fact, the band didn’t have a radio single in the U.S. the way that they did in other countries where they experienced more mainstream success. But United By Fate still marks a special time not just in the members’ creative evolution but in our own collective consciousness. Listening to it today feels nostalgic and innovative all at once, an accomplishment as rare as it is redemptive. “I wish we had that push in the United States because I think United By Fate could have been a more popular record,” Schreifels says. “Because of when it came out and the context of the time, it got overlooked in a way, but on Instagram I get a lot of feedback from people and it’s obvious to me that the record had more potential. That happens to tons of records. I’m just really happy for this opportunity for people to give it another listen.”