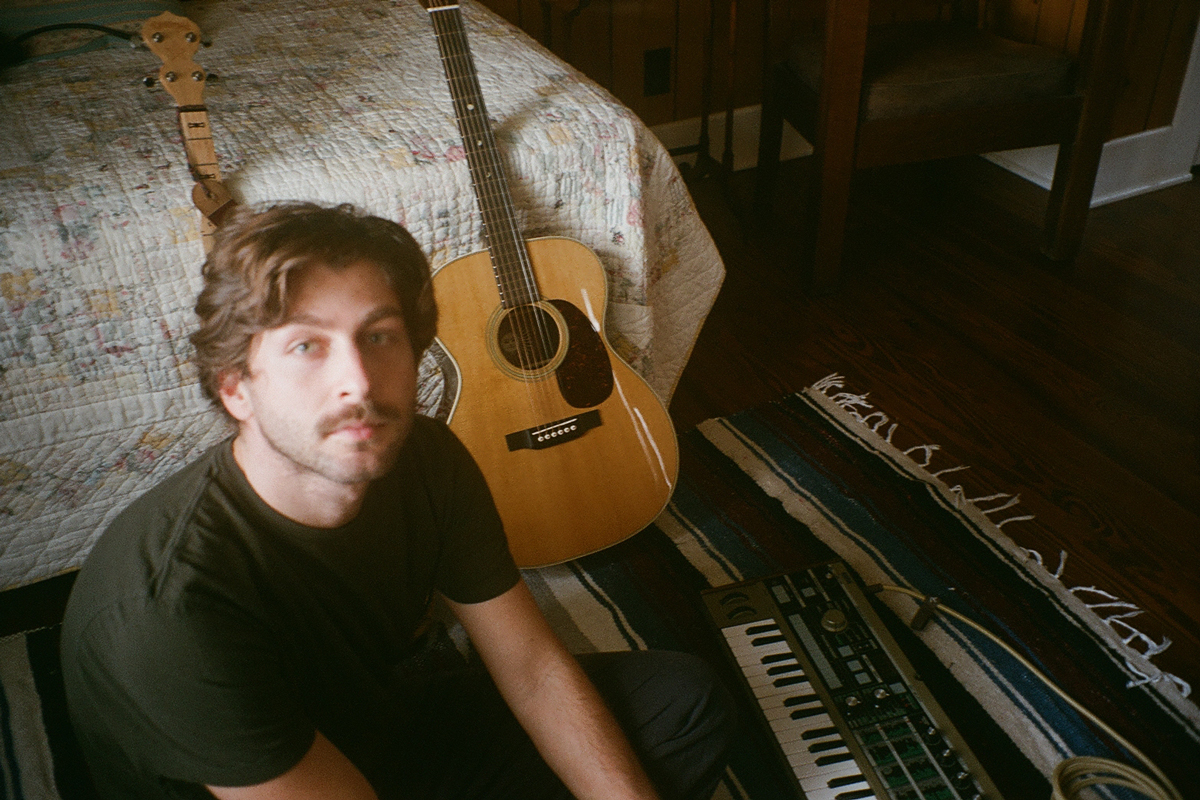 Always Repeating, Runnner’s debut for Run For Cover Records, yearns for a sense of place.
The project of the now LA-based songwriter/multi-instrumentalist Noah Weinman, Runnner’s poignant reflections on the isolation and anxiety caused by a sense of rootlessness radiate with wit and charm. While writing the songs that now span Always Repeating, he floated between Providence, Los Angeles, and New York. “It’s like I sing about these places yearning to be there, but also knowing full well that what I’m really missing is the people I met and the experiences I had,” Weinman explains. “I get restless and frustrated in my present, and romanticize my past while pushing myself into some different chapter—one that usually starts with me in a dark place and some songs in my journal. These songs end up being the constant for me over the years.” Always Repeating, self-produced and recorded wherever he called home at the time, documents this cycle of looking back and moving forward, of alienation changing to reconciliation.

The 10-track collection is composed of five re-recorded versions of songs that appeared on Runnner’s 2017 debut, Awash, and 2020’s One of One EP. Although the songs were written over the course of three years, all find Weinman grappling with the same thing: feelings of uncertainty about his life. After leaving college, his friends, and his beloved life in Ohio, Weinman made the reluctant decision to move back to his hometown of Los Angeles; not because he wanted to, but because he wasn’t sure where else to go. It was an extremely isolating time and that existential dread pervades the music. “I began to feel like all of the people I knew and had met maybe never really existed,” Weinman explains. “I fell out of touch with everyone. It was really lonely. I wrote these songs as a way of reaching out and trying to reconnect. It’s interesting that the feelings I had then overlap with the feelings I’ve had in the past year, where everybody feels distant and far away.”

For Weinman, Runnner is primarily a solo endeavor with an ever-expanding musical community of musicians collaborating on his albums and shows, which at times have been known to feature up to a 7-piece live band (he also has a burgeoning career as a producer, notably working on Skullcrusher’s critically-acclaimed debut EP for Secretly Canadian). Weinman completed Always Repeating last fall in Western Massachusetts and Woodstock using a mobile studio set-up. He played the majority of the instruments himself, including guitar, bass, trumpet, banjo, piano and synth. The goal was to create the perfect balance of intimate and melancholy songwriting through the lens of hi-fi/lo-fi dynamics, inspired by his favorite artists like Bon Iver, the Microphones, and Julien Baker. “I want it to feel honest and homemade and a little rough around the edges, but where the roughness doesn’t preclude somebody from engaging with the song,” Weinman explains. “Like you’re in the room listening to it all be made. I tried to preserve some artifacts of the process to help it feel present.”

The songs draw from personal emotions and experiences—with Weinman usually more interested in posing questions than in always providing answers—and are sometimes inspired by the works of writers such as Angela Pelster, Max Porter and Donald Barthelme. “Awash” embodies the feeling of being lost and adrift through its aching melody and acoustic riffs, while the pulsating “Urgent Care” uses humor and light-heartedness to touch on Weinman’s very real anxiety. The relatable album opener, “Monochrome,” resonates as he tries fruitlessly to recall mundane and insignificant moments from his past. While the songs are about feeling alone, they also offer the hand of connection. “The act of writing songs and the time being alone making songs has been a way for me to work through those feelings,” Weinman says. “I write songs hoping for connection: if someone else feels less alone from listening to my music then I might also feel less alone.” He is looking towards the future, but he also knows that the songs on Always Repeating probably haven’t finished playing themselves out–and they probably never will.

Always Repeating ultimately tells the start of Weinman’s journey as Runnner, and his cyclical feelings of being connected and then disconnected from the world over and over again. This collection of songs reflects a constant, honest search for attachment and a sense of place–and a vulnerability that empathizes with listeners who may face that same challenge. “When I first left college I was uncertain and afraid, and I knew I had changes ahead of me, but I wasn’t sure if I was ready to make them,” he recalls. “I was just circling in my own anxiety and indecision, and now I’m back to recording those same songs again, in a world that is in many ways more uncertain than it was then. Me struggling with loneliness and anxiety is true for all of the music I write. And pandemic or not, these songs would still feel relevant. I went through it then, I’m going through it now, and I’ll probably go through it again in a few years.”