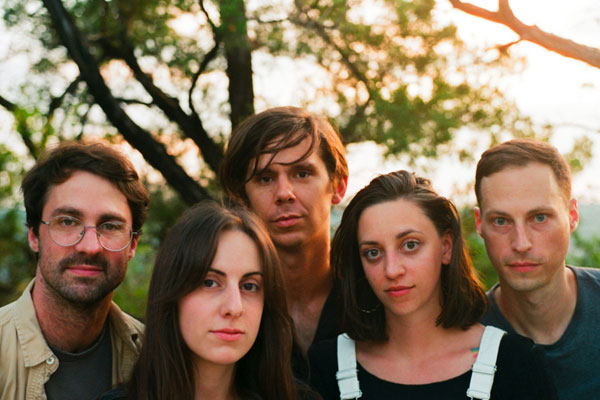 The five members of Sun June spent their early years spread out across the United States, from the boonies of the Hudson Valley to the sprawling outskirts of LA. Having spent their college years within the gloomy, cold winters of the North East, Laura Colwell and Stephen Salisbury found themselves in the vibrant melting-pot of inspiration that is Austin, Texas. Meeting each other while working on Terrence Malick’s ‘Song to Song’, the pair were immediately taken by the city’s bustling small clubs and honky-tonk scene, and the fact that there was always an instrument within reach, always someone to play alongside.