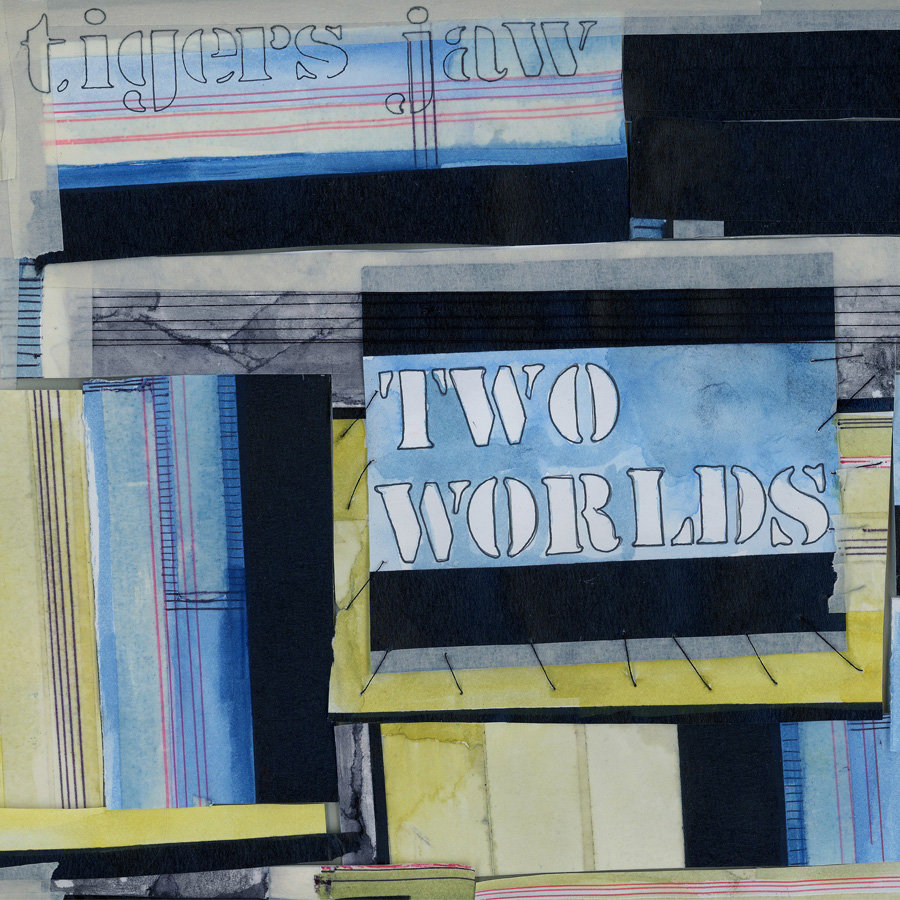 Today marks the 10th anniversary of Tigers Jaw’s album Two Worlds. I have a lot to say about this record. The whole office does. There are rumors around here that it might be - and these are rumors - the best Tigers Jaw record. Nostalgia probably plays a part in that opinion - I remember the Boston record release show at the Democracy Center as one of the first times I saw the band, and we didn’t get another full length until Charmer 3 years (!) later so this one got a lot of spins in the meantime. But the 30th Run For Cover Release doesn’t get the respect it deserves. This isn’t meant to demean any of the other records in the TJ catalog - we celebrate all of them here - but if it were up to me, we’d be running up another 10 year anniversary re-issue similar to the one we did last year for the band’s phenomenal eponymous debut. Here are just a few arguments to be made for Two Worlds: It’s filled with essential Tigers Jaw references.

I believe that you need Two Worlds to appreciate the band's catalog fully, simply based on the amount of references to other parts of Tigers Jaw lore that it has. Right off the bat we’ve got the album title, a reference to Twin Peaks, probably the most influential television show in Tigers Jaw mythology (maybe I’ll argue the case for Entourage if we ever discuss Charmer at length on here). There’s another reference to the show in the song ‘Smile”. Blasting through the lyrics we’ve got references to Nevermind (heard of it?) on the title track, The Smiths in the chorus of “Smile,” and a continuation in the very confusing and rarely addressed ongoing lyric battle between Tigers Jaw, The Menzingers, and Captain, We’re Sinking in “Buona Pizza.”That track’s name is also a reference to a Scranton-based pizza shop that plays an infamous part in Tigers Jaw's history. Finally, “Thank You, Noah Lowry” continues the interesting thread that baseball players have in the band’s catalog, starting with the Randy Johnson alternate cover of S/T & being furthered on with the song “Jimmy Piersall”, a song on the band’s split with the Sidekicks (an alternate version also made it’s way onto the Gypsy 7” that holds a special place in the RFC catalog). The album art is under appreciated.

While the art associated with all Tigers Jaw releases has always been great, Two Worlds is a subtle highpoint. Designed by the band’s own Brianna Collins, the layout revolves around a ton of tape, stitching and stencil work. On the inside we see the lyrics to each song & the liner notes typed out on individual pieces of paper and taped like notes spread out across canvas. Typos are corrected by just running over misspellings with corrections, other errors are kept on display crossed over in red. It’s a simple approach, but details like these highlight the same authenticity that people find and love in the band’s music. And finally - what’s up with the teal version of the RFC triangle logo featured on the back of the record? Going to have to look into that one.

The last 55 seconds of “Static” might be the greatest of all time?