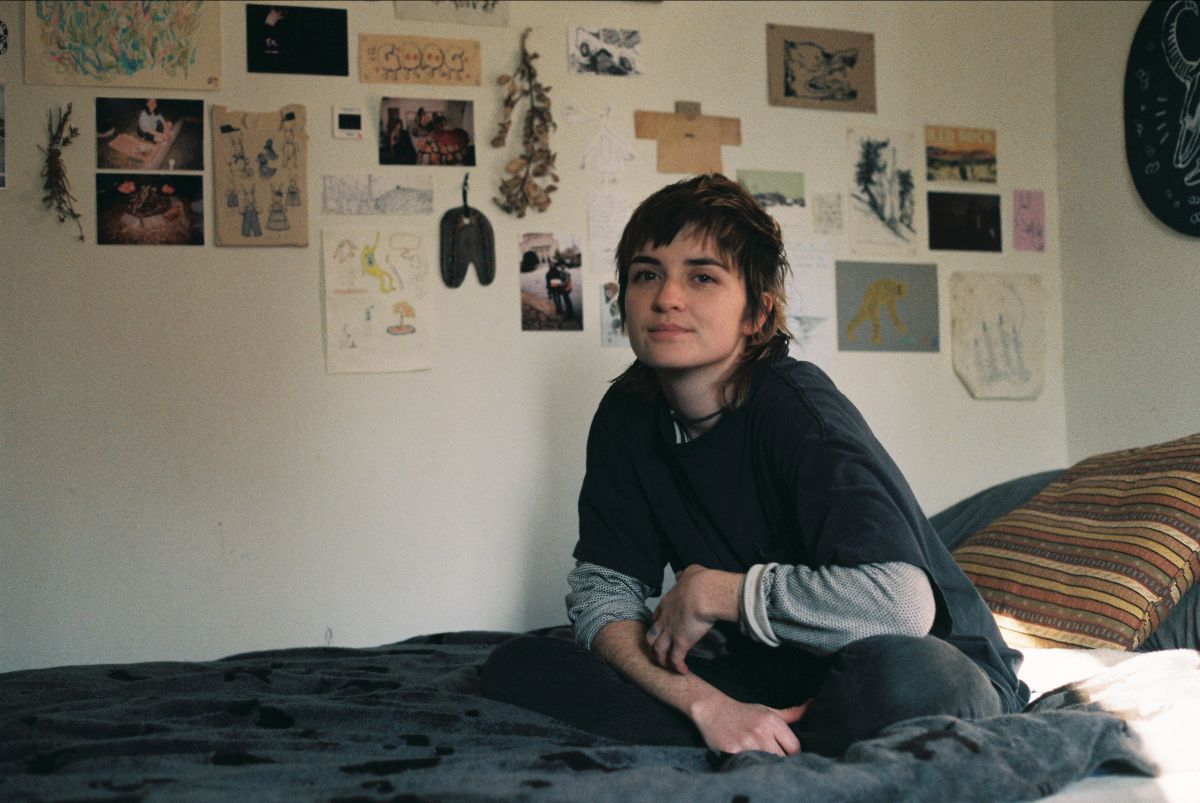 Sadurn might be Philadelphia's best kept musical secret, but not for long. The four-piece recently joined the Run For Cover Records roster and they're gearing up to release their debut full-length, Radiator, on May 6th. Today the band have teamed with The FADER to premiere the music video for their latest single "icepick."

Led by vocalist/guitarist Genevieve DeGroot (they/them), Sadurn make extraordinarily affecting indie folk that's easy to love and impossible to shake. With Radiator the band have crafted the rare debut record that feels fully realized in every way, full of warm production and intimate songwriting that gracefully walks a line between alt-country, bedroom pop, and sparse indie.

"icepick" follows previous singles "golden arm" and "snake" (which garnered attention from the likes of Stereogum, NPR, BrooklynVegan, MTV News, them., Paste Magazine, BrooklynVegan, and more), and finds Sadurn blending a fragile drum machine beat with gentle acoustic guitars, keyboards, and DeGroot's stunningly expressive voice. The FADER praised Radiator calling it, "...a collection of songs that feel as if they were written exclusively for you as you put in your headphones and press play over and over again."