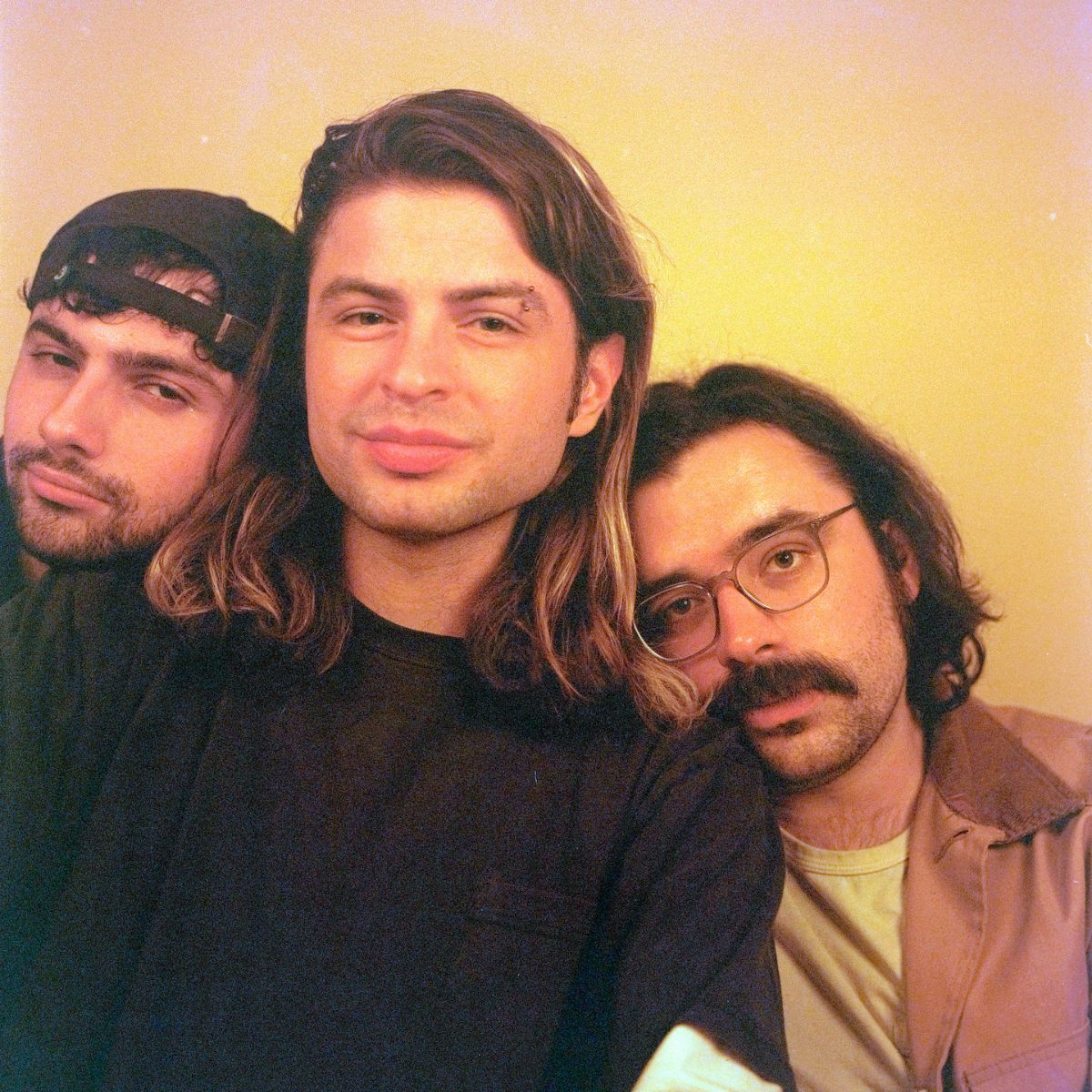 Horse Jumper of Love recently announced their highly anticipated third full-length, Natural Part, due out June 17th from Run For Cover Records. Today the Boston-based slowcore champions are sharing another early taste of the record with its almost-title-track "The Natural Part."

The eleven songs found on Natural Part push the dynamics of Horse Jumper of Love's sound even further than ever before, resulting in a deeply captivating record that stays with the listener long after it's 30 minute runtime. Where lead single "I Poured Sugar In Your Shoes" was a sweetly hook-laden song (which drew attention from the likes of Pitchfork, Stereogum, NPR, BrooklynVegan, and more), "The Natural Part" leans into Horse Jumper of Love's ability to use hauntingly minimalistic arrangements to create a sense of mood and highlight vocalist/guitarist Dimitri Giannopoulos' surreal lyrisicsm.

Today Young Guv has shared another early taste of GUV IV, with "Nowhere At All." The track follows lead single "Change Your Mind" (which drew praise from the likes of Stereogum, Paste Magazine, Uproxx, BrookylnVegan, New Commute, and more) and finds Cook right at home with a shimmering, drum-machine-led pop tune that glides right into your head and never leaves. 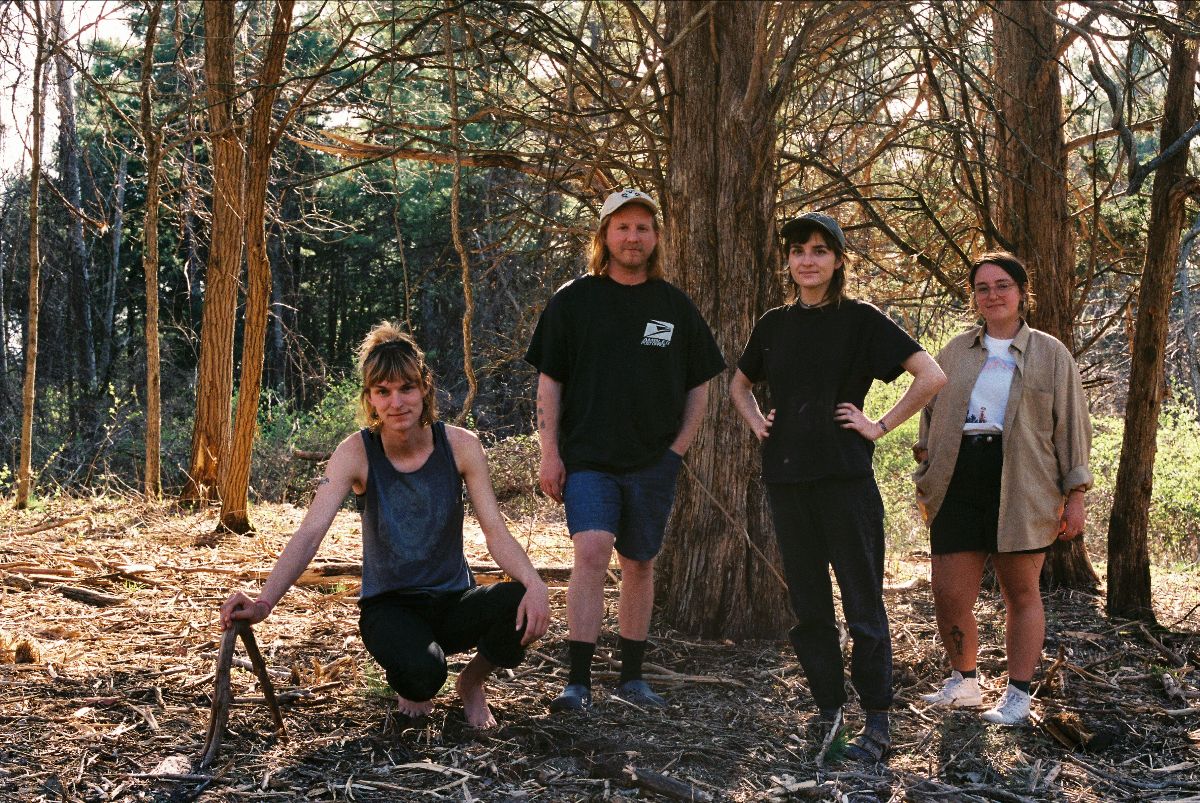 Camp Cope are returning to America after years away, for a full US tour including Pitchfork Fest and some eastern Canadian dates with Lucy Dacus for good measure. Tickets on sale next Friday at 10 am. 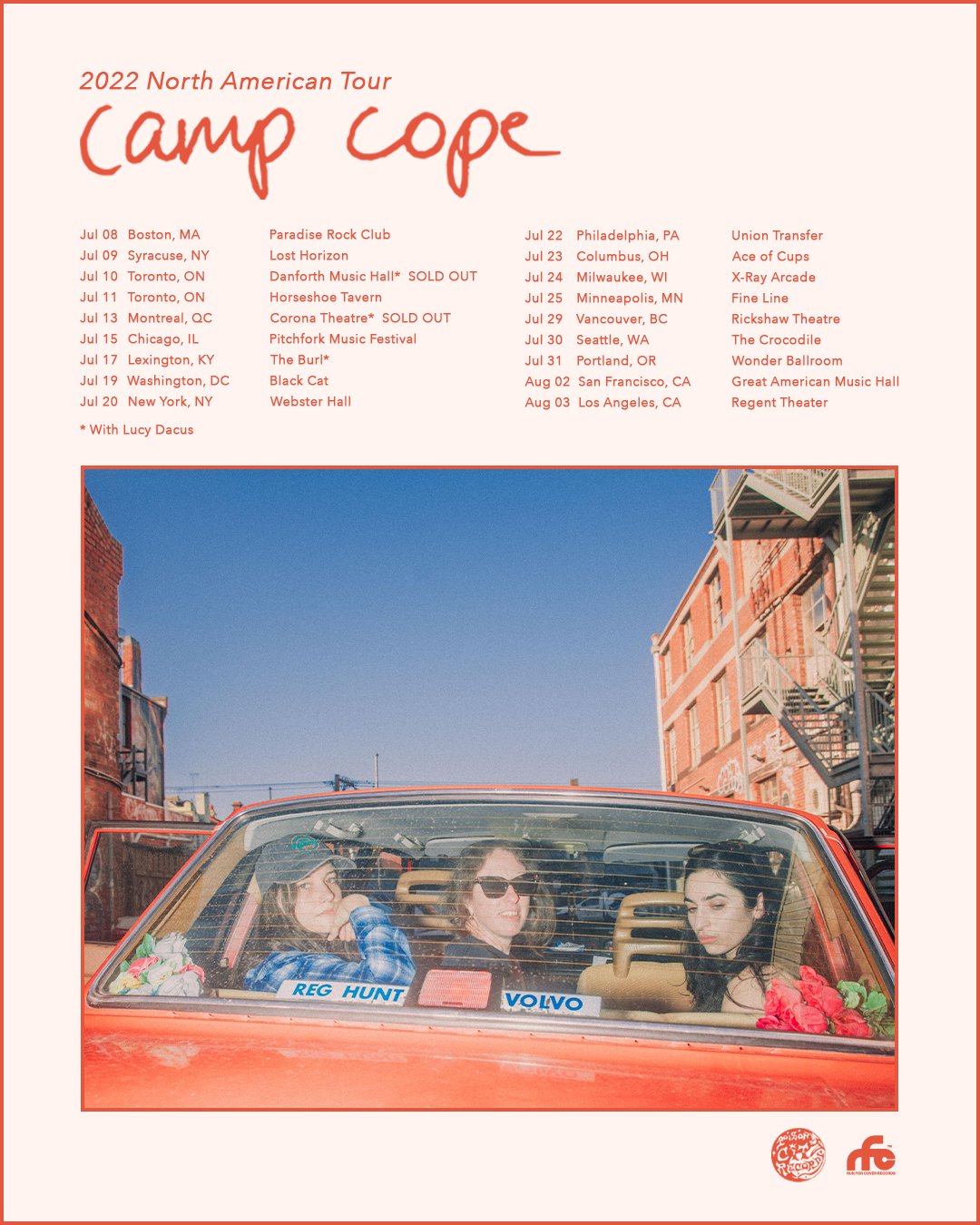 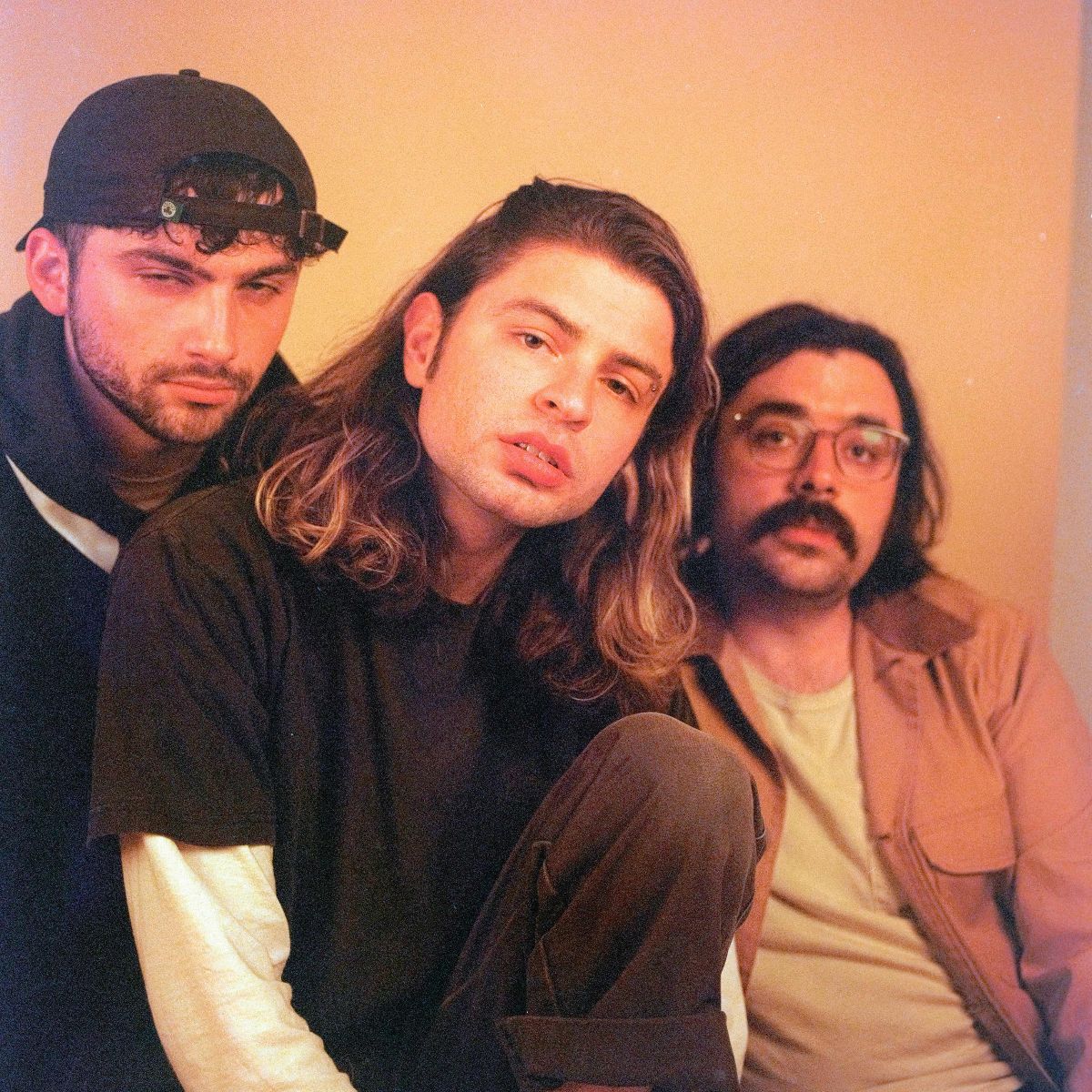 Horse Jumper of Love are back with the announcement of their upcoming third full-length, Natural Part, due out June 17th from RFC. The Boston-based slowcore champions have returned with eleven songs that push the dynamics of their sound even further than ever before, resulting in a deeply captivating record that stays with the listener long after it's 30 minute runtime.

To mark the announcement, Horse Jumper of Love have shared Natural Part's sweetly catchy lead single "I Poured Sugar In Your Shoes." The song finds vocalist/guitarist Dimitri Giannopoulos at his most overtly hooky, using the group's penchant for laid back tempos and warm instrumentals to draw out every melody for maximum effect.

Natural Part finds Horse Jumper of Love diving headfirst into a surreal space between literal and abstract, drawing out small moments and hazy memories and then smudging them until an unexpected poignancy reveals itself. The band walks a delicate balance between expansive and intimate, often pushing and pulling between moments of quiet fragility and towering, distorted tension releases to make the mundane feel otherworldly and the ethereal feel grounded. Full of musical and emotional details, Natural Part accomplishes the rare feat of being instantly satisfying while also demanding repeat listens to uncover all of its mysteries.

Horse Jumper of Love are on tour this month with Indigo De Souza and have more 2022 tour dates to be announced. See full itinerary below. 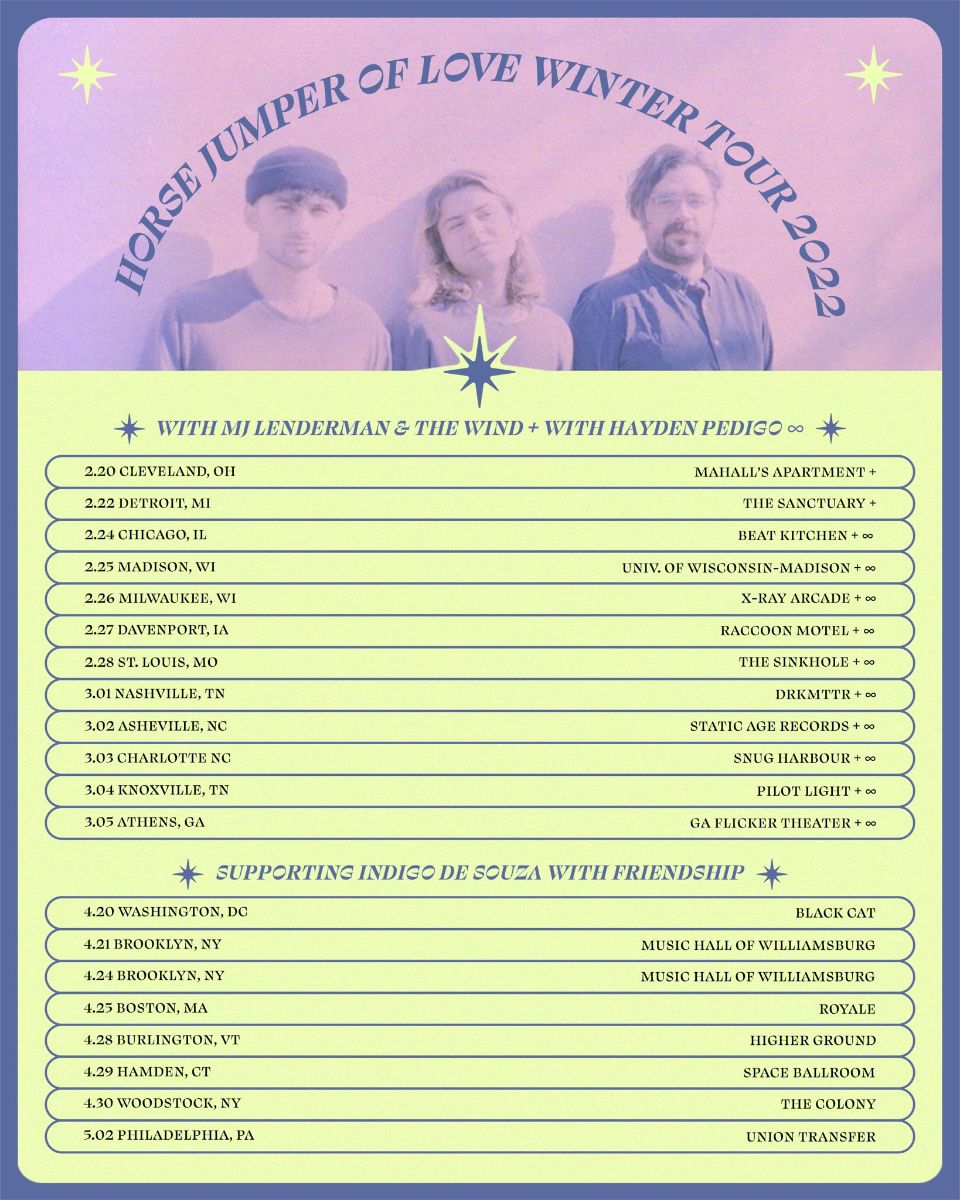